Spaceward Ho is the first app released by developer Ariton, although the game itself is just a port to the iPad of an original Mac classic. Initially developed by Delta Tao Software, Spaceward Ho! for iPad has a rich and storied history in its own right. We played Spaceward Ho! on an iPad 2 for this review.

Before getting to the review, I have to say that I’m somewhat biased. The original Spaceward Ho! filled delightful years of my childhood, and playing this tablet port definitely brought me back to those early days of gaming. Sigh…how the years pass. Okay. On to the review. 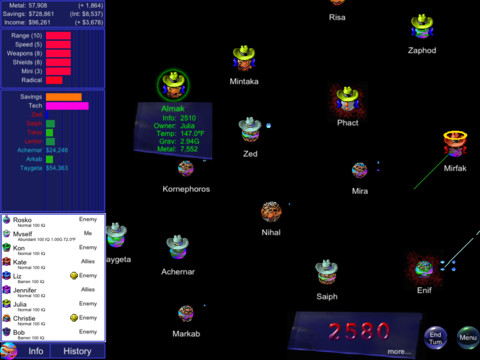 Concept & Story
Spaceward Ho! was one of the first “4X” games, standing for eXplore, eXpand, eXploit, eXterminate, ever to be released. The concept behind it is that you are the leader of a spacefaring human civilization, and your goal is to civilize planets and build an empire. As an open-ended application, you make the story as you go, encountering AI-controlled aliens or even other human players as your turns progress. If you’ve ever played games like Civilization, Alpha Centauri or Master of Orion, you will feel right at home with Spaceward Ho!. 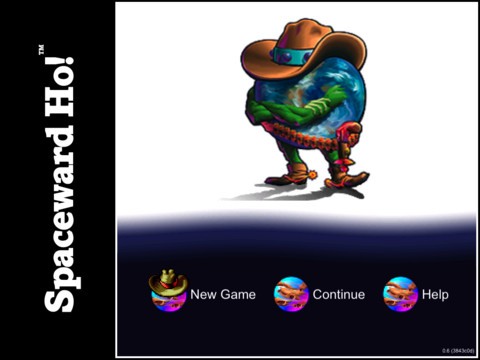 Controls & Gameplay
Thankfully, the Spaceward Ho! port was pretty complete, with little in terms of the gameplay changed from the original. The touchscreen controls feel fluid and even add a dimension to what I had previously considered to be a perfect play. You feel like a real commanding officer of the future, touching your pad to bring up planetary or combat displays. The touch-based zoom features help you keep an eye on your growing empire, and intuitive menu placements help you keep track of taxation and multi-planet terraforming procedures in late-game play.

As far as the gameplay is concerned, Spaceward Ho! is a return to simplicity in the 4X genre. Rather than relying on dozens of separate resources, there are just two: a renewable resource in money, and a nonrenewable resource in metal. Ideally, you expand outward to increase your metal production, which improves your overall economy and helps you expand even more. Keep on doing this until you encounter hostile forces, then use your superior might and military economy to squash them, or become friends and explore the galaxy together. 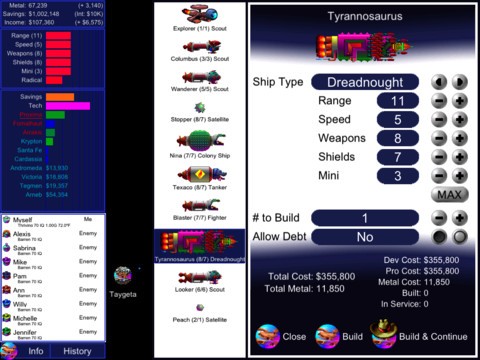 I guess if you’re used to 4X games, Spaceward Ho! will just be more of the same. But it is one of the originals and still one of the best. If you’ve only played the most recent strategy simulation games, give this one a shot! For only $5, you won’t regret it. The multiplayer option with human support is coming up in a future release.

Graphics & Audio
The graphics and audio of Spaceward Ho! were never anything special. Icons and galactic maps are the extent of the interface, making this definitely more an iPad app for the mind than for the senses. Nevertheless, this makes good use of the iPad’s high-end graphics processor, with smooth zooms and transitions between displays. The audio is decent and provides a nostalgic feel, hearkening back to the old game.

Overall
Spaceward Ho! is a little bit of gamer childhood brought back to life for Apple enthusiasts. If you enjoy strategy games, $5 is not too much to shell out for this port of a classic treasure. While the storyline is nonexistent and the graphics are merely serviceable, it is still a great iPad app that will provide months of enjoyment. As I said before, possible bias. But if you are also biased toward old-school 4X strategy games, you’ll know what I’m talking about.