LEGO Ninjago: Rise of the Snakes, developed by Lego Systems Inc. and released on the iPhone and iPod touch, is based on the 2012 lineup of Ninjago LEGO toys. Rather than focus on the building aspect of LEGO toys, Rise of the Snakes focuses more on the battle aspect; in the line of toys, the figures fight one another by using a technique known as Spinjitzu.

When you start Rise of the Snakes, you will be prompted to create your character. The character creation is diverse, with over 50 weapons to choose from and over 70 characters to select, guaranteeing that there is a favorite character and weapon combination for everyone. After creating a character, you must choose one out of three opponents to battle; each day, three new opponents are selected and the previous ones are discarded. Defeating an opponent allows you to use that character, gain special abilities or gain coins, providing a reason to play the game every day. 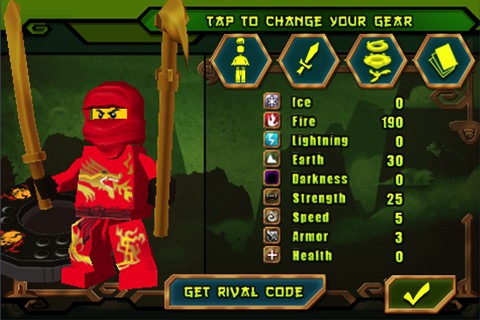 However, chances are you won’t want to play this game at all after experiencing your first battle. Once the battle begins, both you and your opponent are placed into an arena and begin automatically spinning. The objective is to spin into your opponent, which damages him, or send him off a cliff for maximum damage. When your opponent’s health bar is empty, you are victorious, and vice versa. To control your character, you must tilt your device in the direction you want him to spin in. Chances are, your character will not spin where you want him to go or move too quickly, causing him to fly off the edge of the arena. While there are special abilities you can use during battle, sadly none of them give you better control; chances are good you will be defeated before you even have a chance to use them. 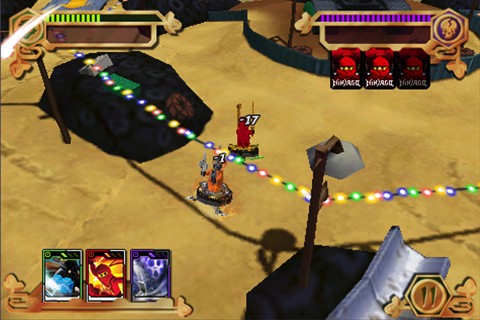 The graphics are a step down from your average iPhone app. Rise of the Snakes uses 3D models for its graphics, but sadly many of these models are blocky and jagged. While the character creation screen show a fair amount of detail on each model, this detail is lost in the arena as the camera is panned out far too much. Likewise, the music is also uninspired, featuring generic sounding Asian themes. 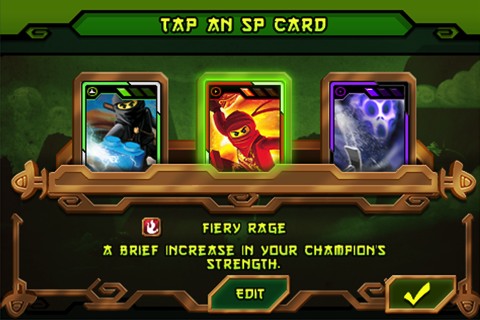 This review was completed on an iPhone 4 with iOS version 5.1 firmware and, sadly, the problems with Rise of the Snakes extend to the device as well; the application froze twice over the course of the review.

Rise of the Snakes is clearly an app meant for children; while some kids who are Ninjago fans will enjoy it, it’s unfortunate more care wasn’t put into making it fun.

3 Comments to “LEGO Ninjago: Rise of the Snakes”