Created by Swinecrafters, Corporate Fury is the strangest violent game I have ever played for the iPhone, iPod touch, or iPad. You play a suited guy who beats people to death in pit fights (usually in empty swimming pools or on the roof of a building) to raise up the ranks to fight your boss. Yes. Finally, we have the ability to beat Chad from accounting for eating my lunch even though it had a post-it note with my name on it! Corporate fury costs $1.99 and is available for the iPhone, iPod touch, and iPad and please be at least 17 years old before you play this. Yeah, I know most of you will ignore that, but just remember to not do anything you see in this game in real life. 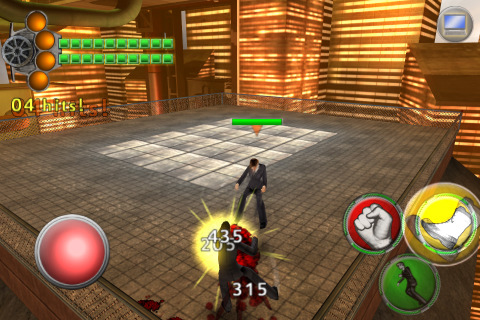 Let me start with the really nice graphics. I really liked some rooms and the fighting arenas are really impressive to see. The character models, though low-poly, are well textured and the weapons available are all represented with 3D versions that you carry around throughout the game. The music is varied and I actually really liked two or three of them. Very nice job on this one.

The story is simple and told through dialog. It involves beating up bad guys with really annoying or really ugly personalities. You will make decisions like fighting an enemy when you want to or when you properly increased your stats first. There are parts that are unfair however, where your decision will actually result in an instant death. In one section of the game, you fight a very long, difficult battle against a boss character and after beating him, you get a choice: Kill him or spare him. I decided to spare him, being a nice guy and all, and he runs up behind me and breaks my neck. I now have to redo the fight because of this sudden and unpredictable outcome. 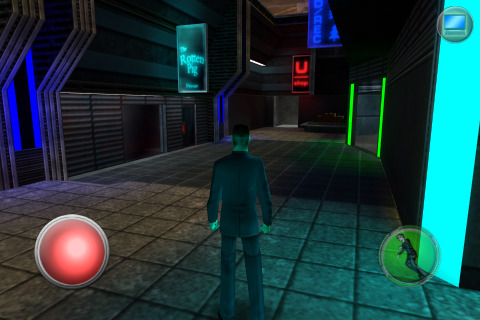 Leveling is great, with tons of options, items, equipment, and techniques to unlock, with my favorite being a pair of claws that basically makes my character look like a buzz-cut version of Wolverine. It really feels like a RPG leveling system, though with far less complexity due to the lack of magic or buffs. The combat however is broken. Don’t get me wrong, the fighting is actually fun, with the dodging, punching, slashing, and bludgeoning of my opponents, but the nearly all the enemies can be defeated with spamming the attack buttons continuously.

Every attack ends with the opponent being locked in a falling animation. This locks them up for your next attack, which will lock them again. Rinse and repeat. I beat a level 22 character without a single upgrade to my stats (essentially classifying me as level 1) because I locked them in the corner with my constant punching and won after about 4 minutes of non-stop spamming. Enemies with guns are annoyingly powerful since they spam a huge chain of attacks on you, leaving you to dodge like crazy right from the start of the fight till you can lock them up in your lock of attacks.

The game is fun but has to improve to be truly fun and entertaining. Move all the important rooms together or give me the ability to instantly move to there or give me shortcuts. I can’t save unless I take a very long time to walk to my room. This hurts the game since I do get calls and text messages and sometimes I have to lock my phone. When I return, I have to start at the save point and I lose all my progress. The engine is all there, it just needs refining. I really liked Corporate Fury for alot of it’s elements and it’s a great game in waiting, it just needs better level design and some way to prevent cheap deaths in combat.