EggRoll is an app game that is meant to test the limberness of your wrists. It was released by Lamplighter Games for an iPhone, iPod Touch, and iPad and costs $0.99. There is also a lite version of the game offered for free.

Tilting controls for app games are never easy and also make it blatantly obvious that you are playing a game hence not paying attention. They are games that are meant to be played on your downtime and are definitely not safe for work. That being said, EggRoll is a game with tilting controls and is initially ridiculously hard to get the hang of. 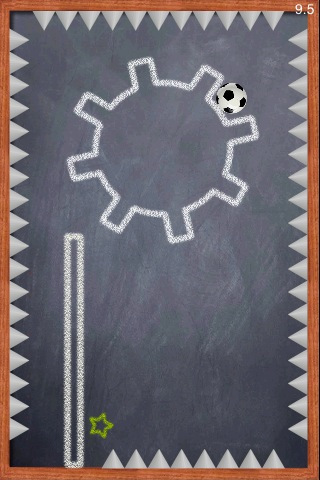 You get a choice of three modes to play in: Easy, which corresponds to a soccer ball, Medium, corresponding to a glass ball, and Hard, which corresponds to an egg. There are 32 levels for each of the three modes, so the game will keep you busy for a while. Each level is timed so if you do happen to finish all 96 levels you can work to bring the time down on all of them. When you start you get an arrow indicating which end is up and then you get a scenario. The ball or egg has a path it has to travel safely without hitting the spokes that line the walls around it. Eventually the obstacles get more sophisticated with rotating platforms and large bouncing balls, which do a good job of making you believe that the level you are on is impossible to beat. 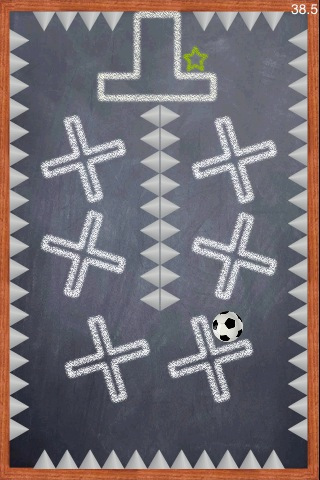 The game takes a lot of persistence and patience. A gripe I had with EggRoll is that your screen light goes dim after playing for more than 30 seconds. I am not sure if this is a defect or if it is an added obstacle to make you multitask and keep the ball steady in the middle of a run while you hit the screen to light it back up again.

Aside from the minor complaint I have with EggRoll I think it is fantastic. For a long time I was stuck on level 3 in Easy mode, but I began diligently practicing the art of tilting and I have been rising through the levels seamlessly ever since.

Sample the free version of EggRoll on your iPhone.