id software’s RAGE for your iPhone and iPad is finally here. RAGE Mobile is an incarnation of the original first-person shooter with touch/tilt based controls on rails. “Welcome ladies and gentle-mutants! Barricade yourself in the center of your home or a basement if possible.” Yes Mutant Bash TV is in full effect. If you liked the demo by John Carmack at QuakeCon 2010, the real thing will blow you away. RAGE is available in 2 formats: RAGE and RAGE HD. Both feature the 60fps killing spree MegaTextures action, while the HD version of RAGE has higher resolution graphics for playing on your iPad or iPhone 4 and iPod touch 4th generation high res displays. Fans of Rage on PS2 or Xbox will not have to compromise much on the iPhone thanks to id Software’s new Tech 5 engine for the iPhone 4, and the normal version play really well on 3G and 3GS iPhones as well. 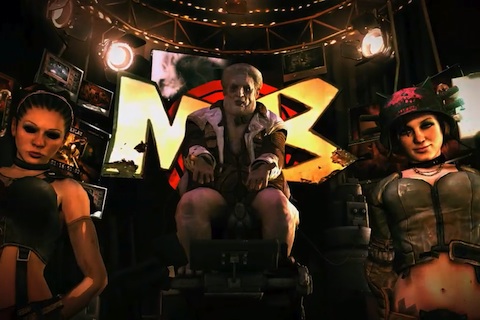 RAGE on the iPhone is storied around the game show Mutant Bash TV where you kill mutants, pick up cash and reload weapons on your engine guided path. There is a wonderful intro video when you launch RAGE and another video that introduces you to J.K Stiles, who hosts the game show. You can easily skip these with a single tap. There is a tutorial section for each level that walks you through the level and gives a chance to do some target practice. You are armed with a pistol, shotgun and machine gun. Pick up Bash Bux to help increase your performance as you go. 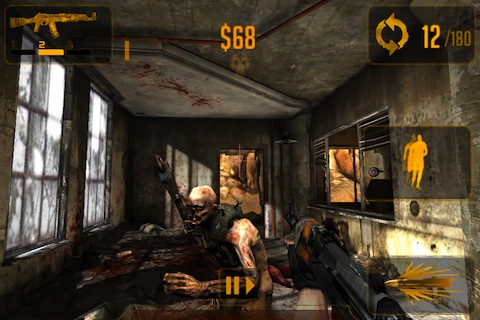 The HUD includes buttons for pause, dodge/sprint, reload, switch weapons, fire/pickup items and gauges for health & center tilt. Options let you change sensitivity, left hand mode, horizontal invert, and vertical invert. You can choose to use either the tilt or touchpad to aim. In the iPad the touchpad is default, while on the iPhone tilt is defaulted, which makes sense. Other settings you can manipulate are the HUD opacity, effects volume and music volume. Speaking of music, RAGE on the iPhone has a full featured hair raising dynamic soundtrack combined with slashing carnage filled sound effects topped off with some funny commentary from the game show’s host. 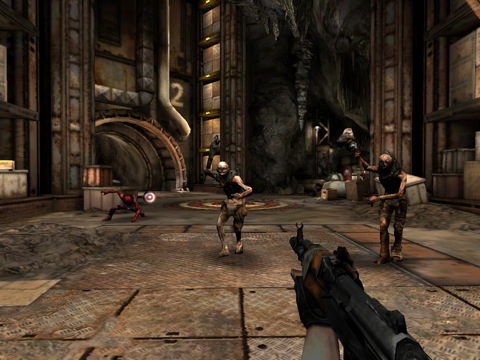 Movements and graphics are surprisingly fluid on the iOS GPU compared to those ancient powerhouse consoles. Aiming can be tricky as the camera jumps around to challenge your skills. There is tactile feedback which vibrates your iPhone when you get attacked although there is seemingly no way to turn this off right now. 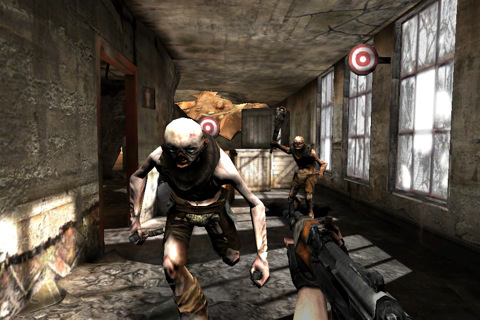 There are 3 levels namely Tenements, Asylum, and Bunker with multiple episodes each season. There are 4 difficulty levels: easy, medium, hard, or nightmare. Mutants have infested the Tenements and if you make it out of there alive, you’ll have a blast in the lunatic-ridden Asylum and the impossibly demented Bunker.

The game comes as a universal binary so once you buy RAGE for $0.99 or RAGE HD for $1.99. Both versions can be played on on your iPad as well but we recommend getting the HD version. RAGE on the iPhone is a welcomed addition to the id collection of iPhone games including Doom Resurrection, and DOOM II RPG.

Overall, if you’re a fan of id Software’s titles or FPS games, spending 1 or 2 dollars on this game is a no brainer. Keep in mind that the normal version is 537MB and RAGE HD is a whopping 743MB file, so give it time on a fast WiFi connection to download and make sure you have enough space left on your device. You also need iOS 3.1 or higher. RAGE is rated 12+ for its horror and fantasy violence based themes.