Eternal Legacy, a new game for the iPod Touch, iPad and iPhone, developed by Gameloft, is based largely on many Japanese role-playing games, such as SquareEnix’s “Final Fantasy” series. This iPhone app features a 10 to 15 hour campaign, which might seem short compared to other RPGs but works well on the iPhone.

When first starting the game, two things are immediately apparent: the graphics and the sound. The graphics are extremely well detailed, character models are well-rendered, spell effects are visually appealing, and the backgrounds are prominent.

However, the sound is a stark contrast; voice acting is horribly done. The voice actors sound wooden, not offering enough depth or emotion into their lines. This is not helped by the script in general; it is written poorly and often seems to jump from one plot point to the next randomly. 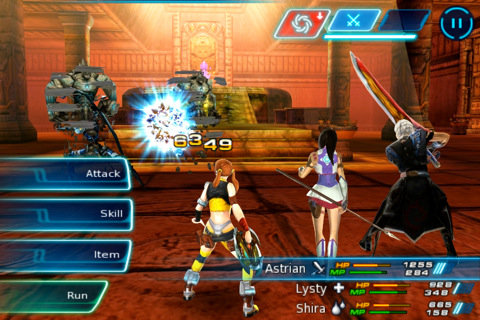 The music is average as well. These aren’t tunes you will hum to yourself later, but at least they don’t grind nerves either. If the same level of care was spent on the sound as the graphics, Gameloft would have delivered a top quality application .

The characters and story are nothing you haven’t seen before in an RPG: characters must band together to save the world. Except, in Eternal Legacy, the characters are not interesting and the story never really draws you in.

This is all saved by the combat system. Offering a turn-based combat system, it works well and the menus are easy to navigate. Your other party members are controlled either by the A.I as you assign them a role or can be manually controlled by you. Either system works well.

The only downside to battle is the queue: You can queue up to three attacks for your character. While this technique saves time, you cannot cancel an attack in the queue. For example, if you need to cancel an attack to heal, you must first wait for all the commands to be completed before healing, which can result in a team member’s death. Adding the ability to cancel an attack would have perfected an already decent battle system. 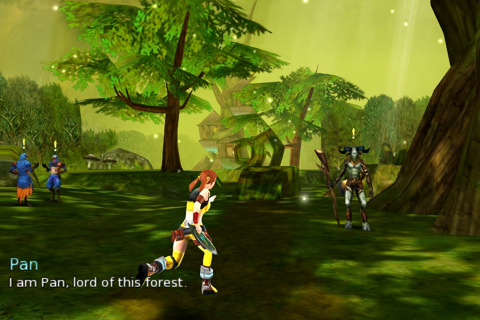 However, as efficient as the battle system is, the iPhone app never takes advantage of it as the game isn’t overly difficult. Additionally, while the controls work well while battling, the same cannot be said outside of battle. The virtual analog stick is a bit too small — an option to increase the size of it would have been nice to see. Finally, the camera is a bit of a hassle, and while it can be moved to any direction, it is extremely sensitive.

Eternal Legacy reaches for the stars and, while coming close, is hampered by the difficulty, sound and script. If Gameloft can improve upon these factors for a sequel on the iPhone, iPad or iPod Touch , they will have a definite hit on their hands.